The box for the Mi A1 is very simple and contains the essentials such as your phone, wall adapter, and USB-C cable. There is also an included screen protector, which is always a nice touch.

The phone itself is really nice. For a budget device, it might be one of the best in it's class. This phone reminds me a lot of the Google Pixel XL from last year but it also looks quite a bit like an iPhone. The back of the device is all aluminum with a set of dual cameras on the top and a super fast fingerprint sensor smack dab in the middle. Standard power and volume button setup on the right side and you do get a headphone jack on the bottom of the device right next to the USB-C port. 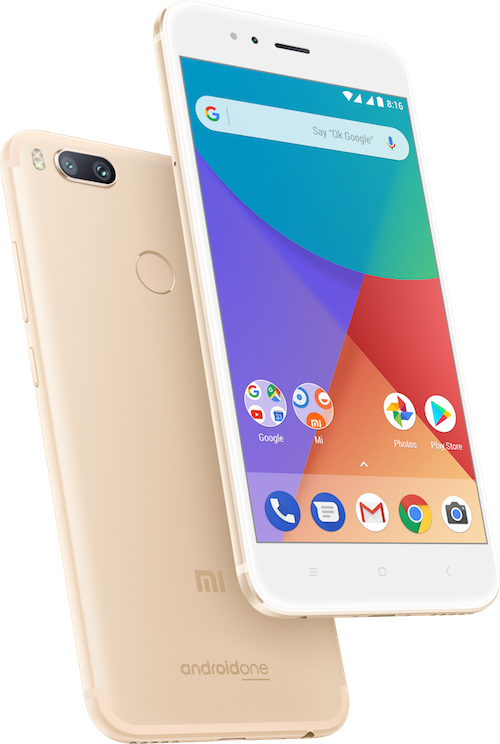 The front of the phone is what reminded me most of the Pixel XL, aside from the software. The main difference is the bottom chin is where your menu, home and back capacitive buttons are located. The buttons are also in that order which is very strange and not at all how stock Android has their navigation bar setup. I am not the biggest fan of this but it is what it is.

The display is a 5.5” 1920x1080 display and overall it looks pretty nice. Coming from a Note 8 or an iPhone 10, you’re obviously going to notice a bit of a resolution and color difference but I think this display is very solid.

The phone is also packing...

The main reason being the fact that this guy is running Android 7.1.2 in it's purest form. Android One phones have no bloatware, like Pixel devices, and are stock Android devices. It runs the Pixel launcher and is planned to have an Android 8.0 upgrade very soon along with regular security updates.

The phones mediocre processor isn’t an issue because of how great the software is. Everything is snappy, quick and daily driver material. Seriously, I have been using this phone pretty regularly over the last week and I don’t even notice that much of a setback between this and other flagship quality phones.

It’s obviously not going to be AS fast as say a Pixel 2 XL or even the Pixel XL from last year but it's pretty damn close. Best part about the Mi A1 is the price.

You can pick one up for right around $200 and that’s honestly the best price for a really awesome piece of hardware coupled with stock Android.

The dual cameras on the back are both 12MP sensors and both work towards creating a portrait mode that is all the rage of 2017 devices. The camera is definitely the weakest part of this phone but it's still pretty good (if you realize how much the device is and what else you’re getting for the price). If you’re not a huge photo taker, this camera will be MORE than enough. If you’re looking to take some Pixel 2 XL style photos, well you might be a disappointed.

All in all, the Xioami Mi A1 is an amazing phone for the price. I am highly impressed with the build quality and design and the fact that it runs some pure Android. With the help of Google and Android One, this is the phone to beat at this price range.

Huge shoutout to Gearbest.com for sending this phone out for us to check out and if you’re looking to pick one up for yourself, visit this link for more deals/coupon codes over at gearbest.com http://bit.ly/2kelZUU and use promo code BlackFriday39 for the $199 price tag.

For more information on the Xioami Mi A1 and other devices, be sure to check out our YouTube channel at https://www.youtube.com/cletech1.