I know by now there are already plenty of reviews on Hob from sites much more prominent than ours. But this is a review that needs to be written. I owe it to myself, and I owe it to you, dear reader.

One of the reasons I love working with CLE Tech so much is that we are all fans first. Most of the games we review are on our playlist by choice, and are paid for by ourselves. Hob is a game that had been on my backlog since March of last year. I played a demo of it at PAX East and it peaked my interest enough to keep tabs on it's progress. Little did I know how big of a fan of this game I would become. It has all of the elements I typically look for; thoughtful design, artsy aesthetic, mysterious yet dynamic story, and puzzles that drive you to continue your journey hour after hour. In a year where puzzle adventurers are king, Hob should absolutely be on your radar. 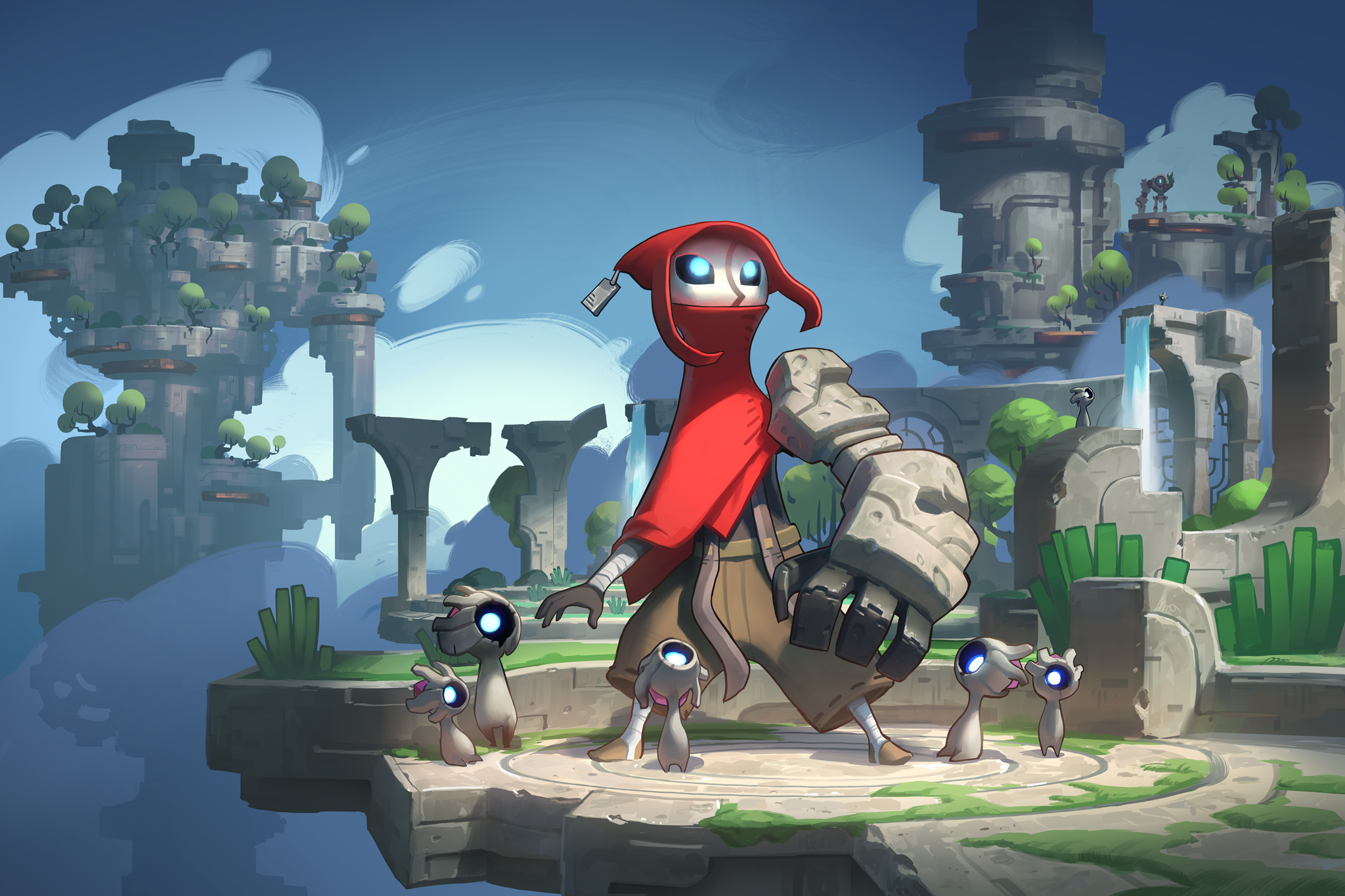 You are dropped into this world full of cogs and endless skies without any explanation of who you are or why you are there. The world is so imaginative that it immediately leads you to begin exploring in hopes of finding out your backstory and your purpose. One thing that I love about Hob, in an almost backwards sort of way, is that you never truly discover the answers to either of those questions. You make your way from one area of the map to another, solving puzzles to help progress the story forward.

"Presented without text or dialogue, Hob's story is revealed through exploration" ...via https://www.runicgames.com/hob/

This really captures the essence of Hob, and is the tagline for what I believe is one of the most beautiful, and genuine, gaming experiences of 2017.

You awake in a strange world, amidst a conflict you're unsure of which side to affiliate your allegiance towards. You'll soon find yourself caught in the middle, causing you to fight your way through it to gain some understanding of what is before you. As you explore further and further, things will progressively begin to become more familiar, and you'll find an odd sense of home. You'll feel a dramatic sense of empathy for the inhabitants of this world as you play. You'll experience a full range of emotions, that you don't often find in many games released in a loot crate happy era. 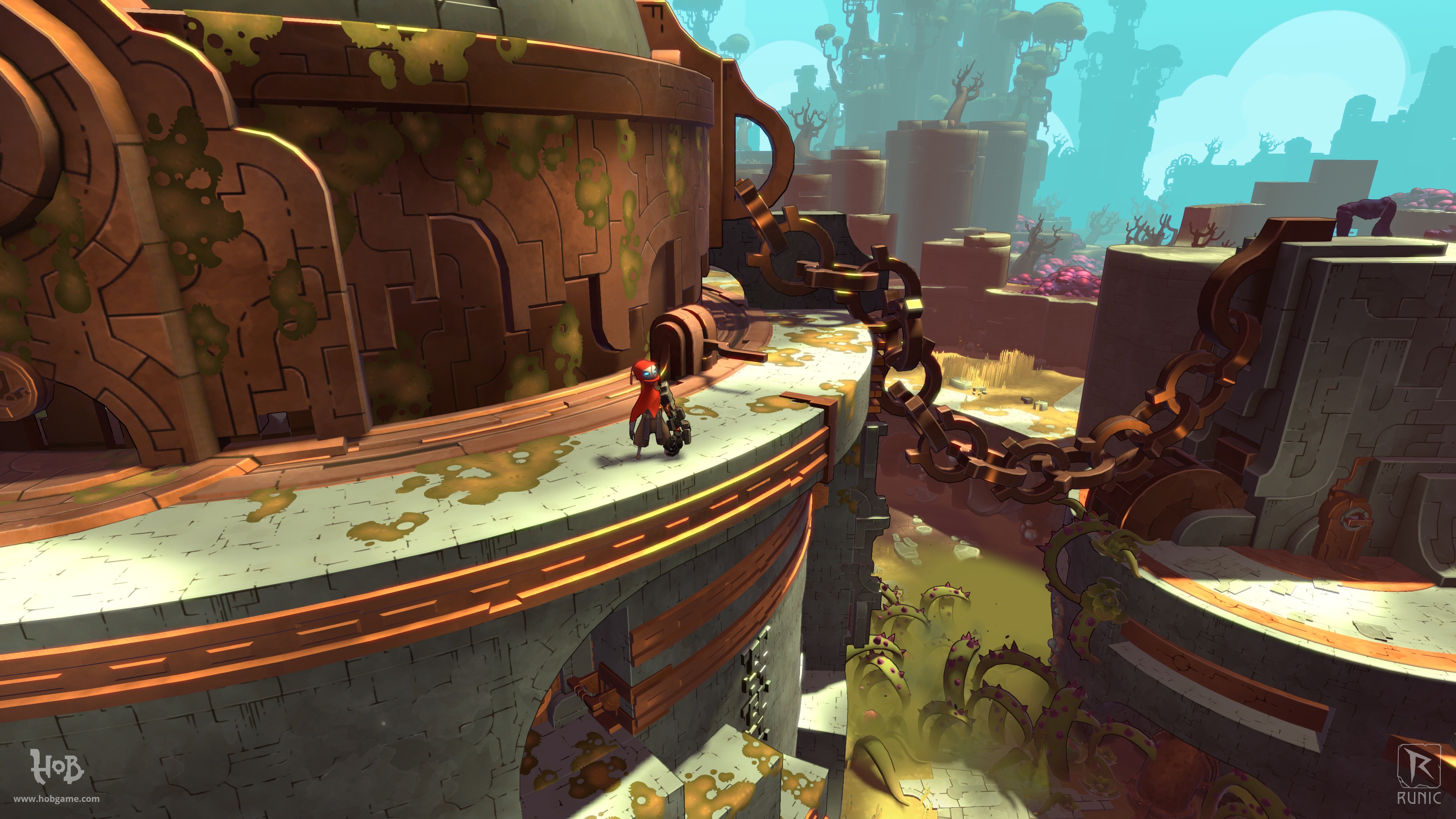 Not only is the story revealed through exploration, it is also left slightly open to interpretation. I'm not sure if the Runic Games team intended this, but I thought it was quite refreshing. There is no narrative throughout the game, so you start imagining what each character may be saying to each other; all in-game character interactions are done primarily via body language. At various points through the main story, you'll be presented with new artifacts that you'll find yourself thinking about for hours after your play session. In many ways, the gameplay of Hob feels like playing through an ancient lore passed down for generations, and you are the narrator helping to bridge the gap.

The level of the storytelling within Hob is seemingly perfectly balanced. Gameplay and puzzles are the priority in this world, but they are all intertwined to create a very cohesive and moderately immersive experience. For those gamers who are more casual, you'll be able to retain the core of the story across multiple play sessions.

Titles like fl0w and flower come to mind when I think about the niche genre I think Hob belongs in. Hob evokes those same sort of feelings as you play through, but also provides more substance. You'll find bits of combat sprinkled in between the puzzles and exploration. It reminds me quite a bit of Zack and Wiki on the Wii (which if you haven't played, you need to!). I played on PC using a (Xbox) controller, and the controls were fluid enough to stay out of your way and allow you to enjoy the brief fight sequences. About a third of the way into the game, you'll hit your stride and begin unlocking various new weapon tactics and enhancements. You're in full control of how you want to play; you can take a more brute force approach or be more agile with your stance. Every new area or unlock always came right before the point where any staleness would set in for me.

Admittedly, there may be moments in the first couple hours of the game, as you're still familiarizing yourself with abilities and terrain, where you may feel lost. The game doesn't necessarily provide you with any clues of where to go next, or what to do. At certain points, you will have various indicators on your in-game map, presented without label. The meaning of these indicators are a bit difficult to decipher any sort of meaning from until you dive a little deeper into the main story. I found myself revisiting several places and trying random things within the first quarter of the game. As lost as I was at one point, I never felt defeated. If you encounter this, take a break from the game and come back later. I promise you will see something you didn't before and you'll be right back into the action.

The environment of Hob is one of it's defining characteristics. It is constantly evolving and is one of the primary characters in this story. The map is quite large, and it is multi-layered, creating another dimension for you to venture into. There are a few well defined areas that present different challenges and ecosystems, allowing you to gauge your location without having to refer to the menus. Certain parts, like the Electric region, will force you to become a little more creative with your abilities. 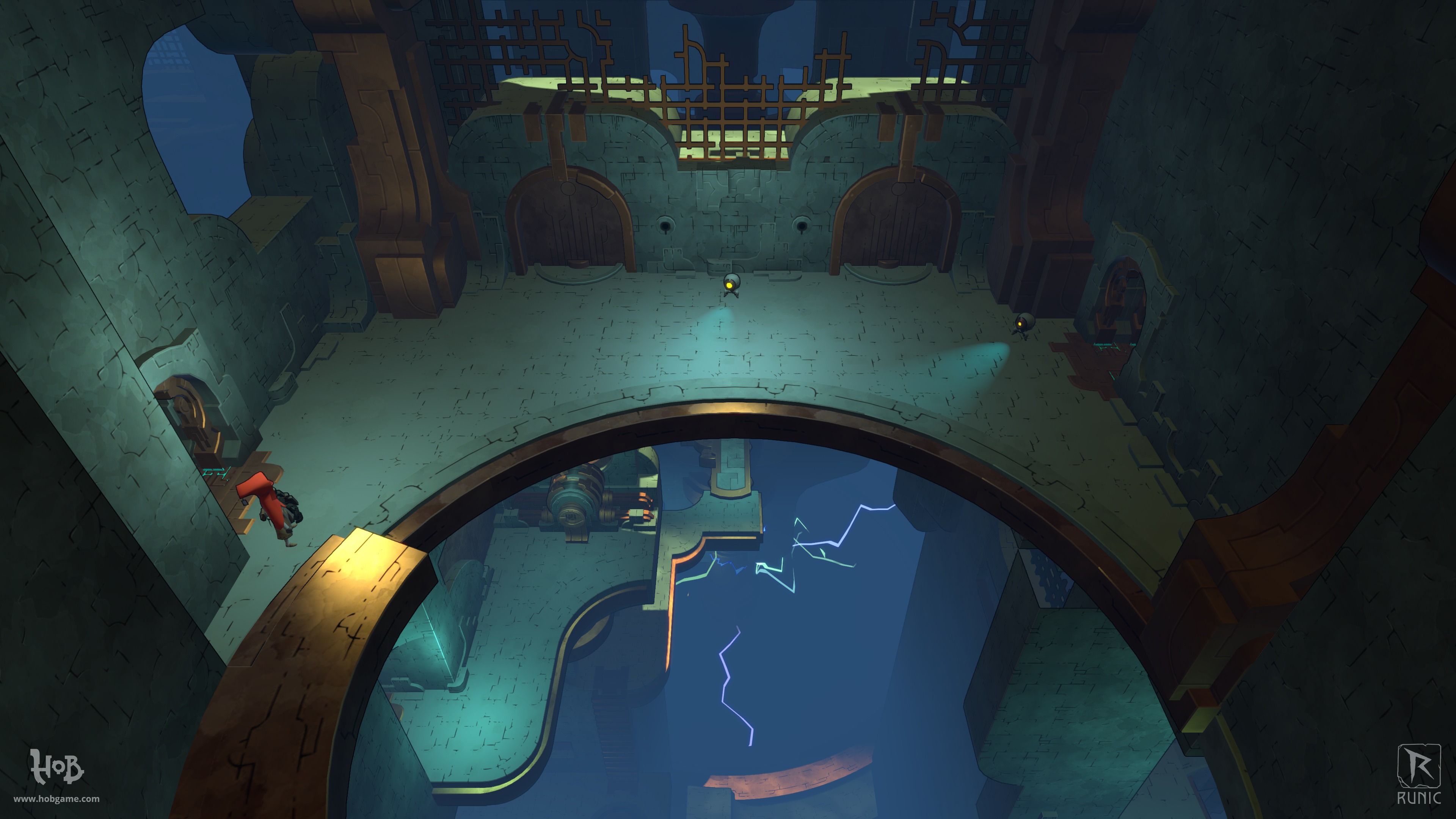 Built into the game are lookout points where your character will sit and stare out at the world ahead. These were moments where I truly appreciated my time with the game. I was able to play with all settings at Ultra as it's not super graphically intensive, and I'm sure any dedicated card could manage this. With the draw distance maxed out, you're able to see how vast the world is, and you notice little nuances in the distance that evoke moments of "wow, that's cool!"

Do Yourself a Favor, Add Hob to Your Wishlist

I realize Hob isn't a game that is for everyone, but for those of you that enjoyed the Portal series or The Talos Principle, go ahead and add Hob to your wishlist. It deserves the 10-14 hours it will take you to play through. My only true criticism of the game is that the ending caught me a bit off guard. I wasn't ready for the journey to end, and it sort of happened without warning. I can handle that, however, as even after the credits roll, you can continue exploring and unlocking. Hob is a perfect example of the (high) quality produced when a team as passionate as Runic Games devotes themselves to delivering an experience, not just a game.

You can check out Hob on Steam and PS4.