For the past couple of years, our team has had the opportunity to attend GDEX in Columbus, OH. Started as the Game Developers Expo, there is large community of developers and aspiring creators in attendance each year. There are plenty of sessions and talks from those in the industry, but it is also one of the finest showcases of indie content I have seen. Each year we attend we find a handful of new, genuinely amazing indie games that immediately become part of our playlists. Aside from being able to play these games, we also get the chance to connect with the developers. Hearing their backstory, discussing their process, and learning how to bring ideas to life is one of my favorite parts of the trip each year. This year, Woody, Alex, and myself made the drive down; here are some of our favorites from the show floor...

A large section of the first aisle on the show floor this year was dedicated to the Detroit Megabooth. Run by a group of devs out of Detroit, this booth was full of amazing content. One that really stands out for me as a game I could spend hours playing without realizing how much time has passed is WaveCrash!!. 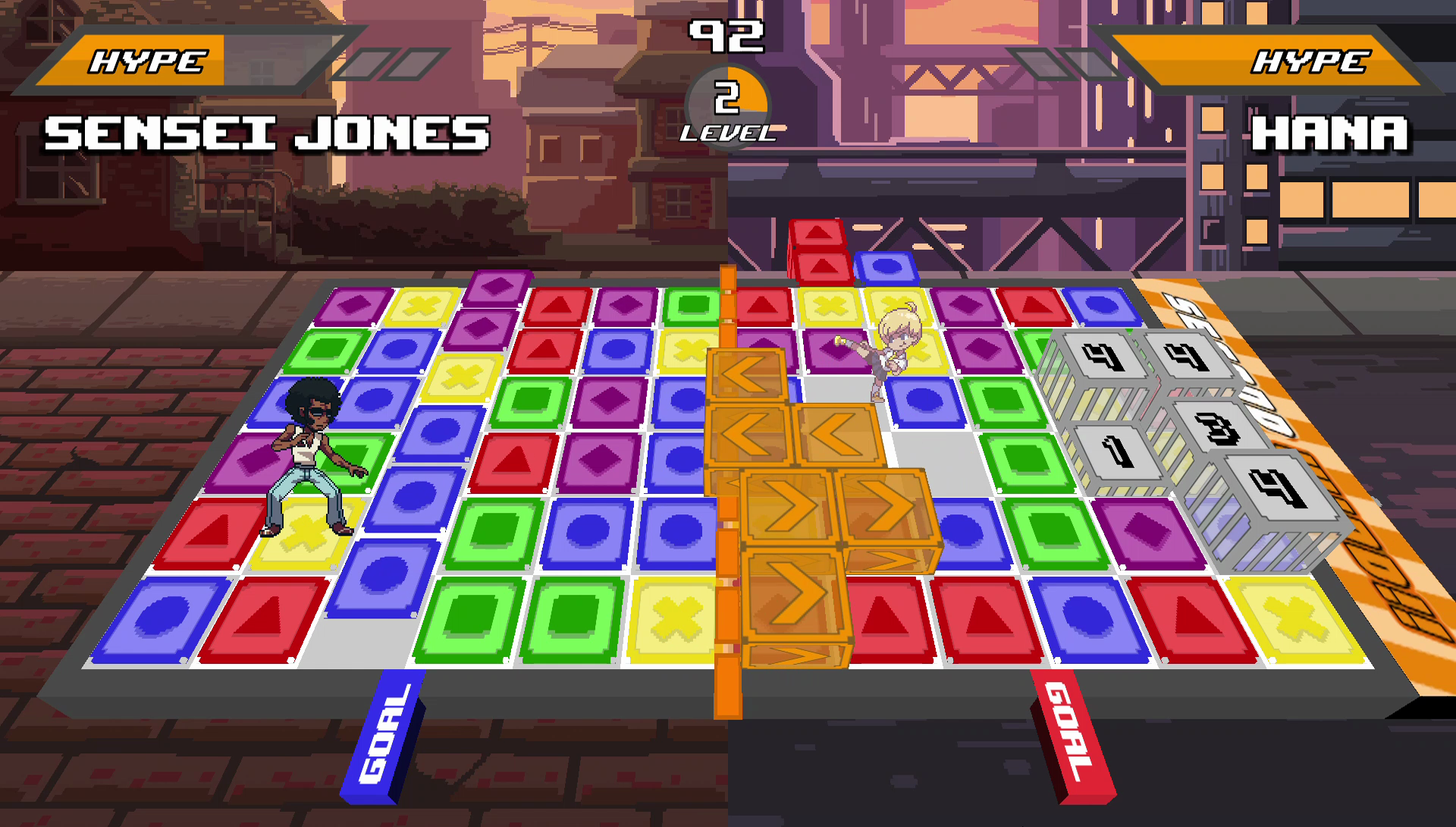 Developer Steven Zavala from Flyover Games describes it as a "Head-To-Head Puzzle Brawler" with heavy action elements. It's non-stop block matching in a tug-of-war style arena. As you match at least 3 blocks of any color, you launch those across the play board toward your opponent. The more you match, the more ground you gain. It's almost like playing Bejeweled while launching Hadoukens constantly at your foe. It's incredibly addicting and satisfying.

Alex and I sat down to play this, and after taking a game to establish a baseline, we hit the ground running. I love puzzle games, and Wavecrash!! does an incredible job of balancing strategy and action. The controls are extremely intuitive, leaving all of your focus on the gameplay. Matching blocks is very swift, and launching them at your opponent becomes more of a cat and mouse game than a brute force barrage. I apologize for potentially monopolizing the demo for a bit, but this game was too fun to put down.

I implore you to check this game out, though I caution its addictiveness.

Another quote from the sage, Dominic Toretto, "For those ten seconds or less, I'm free." Of course, Dom was referencing street racing, but I find myself feeling this way each day. The older I become, the less time I have to dedicate to gaming. Mobile gaming has provided me with the ability to scratch my gaming itch without dedicating a huge chunk of time. My favorite game at GDEX 2017 was Soda Dungeon. 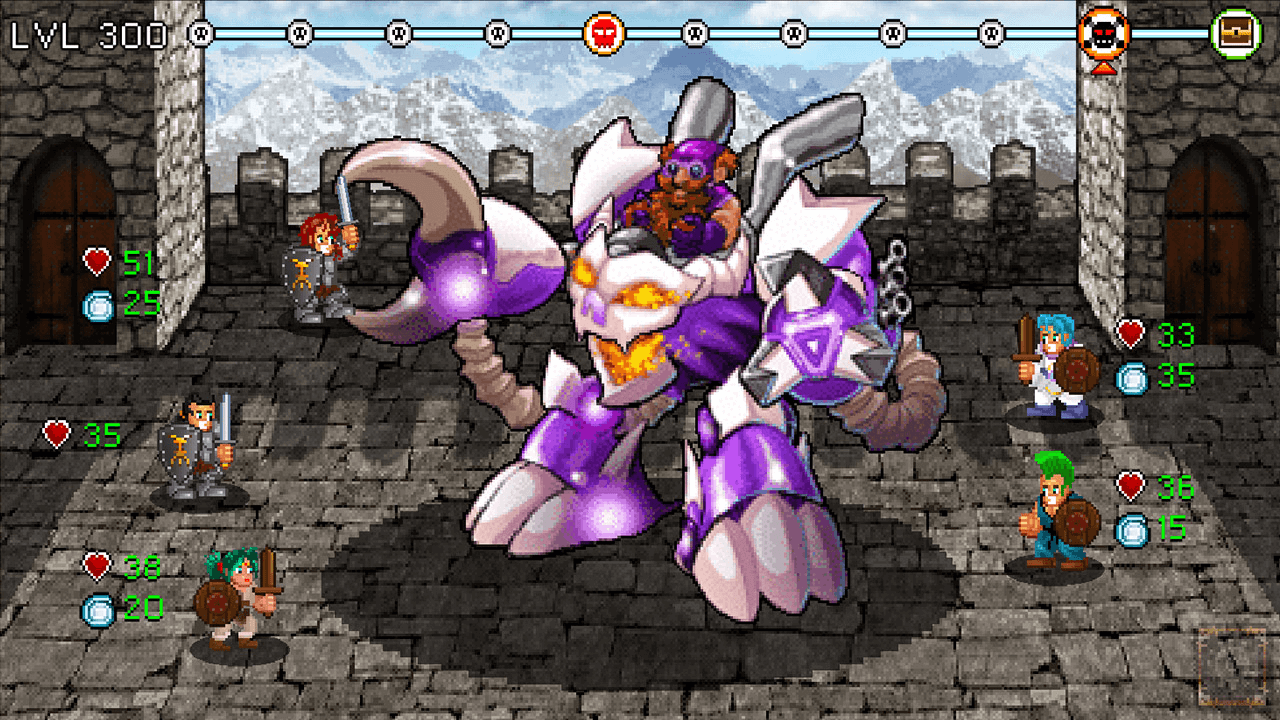 Soda Dungeon is a truly unique RPG. You start off in a barren tavern with a single "Soda Junkie". Unbeknownst to you, this "Soda Junkie" is prepared to dedicate his life and limb to assist you in entering a dangerous dungeon and bringing back the spoils of his efforts. Now with gold in hand, you are tasked with improving the tavern and purchasing new sodas. Each new soda purchase attracts new unique adventurers, thus allowing you to delve deeper and deeper into the dungeon.

The game allows two types of party management. First, you can control every aspect of the party from unit selection to what move/ability is utilized in combat. Second, you can allow the CPU to optimize everything for you and auto fight in the dungeon.

As Alex, Chris, and I passed the booth, I said to them, "Guys, I guarentee this game will be in my wheelhouse." I have absoluelty fallen in love with this game. Soda Dungeon hits every note I am looking for in a mobile game. I am able to play quickly and feel like I am making some progress in improving my team/tavern. The art style is fun and the enemy sprites are unlike anything I have ever seen. Currently, I have played for about 8 hours and I plan on putting many more in!

Soda Dungeon is available on iOS, Android, and Steam

Gaming's relatively new exposure to "early access" is something I've found very interesting. I'd love to delve deeper into that topic in the future, but for now I will say that one of the things I love about early access is being able to easily hop into someone's game mid-development and get an idea of where the game is headed. I had a chance to do this with Rogues Like Us on the show floor at GDEX, but also was able to spend a little bit more time with this one on Steam from the comfort of my home.

Rogues Like Us has a very familiar dungeon crawling feel as you traverse through procedurally generated rooms of enemies. Something that immediately comes to mind is Diablo, especially with the series of abilities on a cooldown that aid you in your journey, but this game has much more of a focus on melee combat. And the most important aspect of melee combat is, of course, weapons.

Weapons are the key to this game. You level them up and focus more on them than even your own character. Picking up weapons as you go, these new vehicles of destruction drastically alter your character's abilities and movement. And speaking of movement, one of the most unique mechanics of this one is permanently having access to a right-click dash that grants immunity. You quickly find out this is your primary way of escaping powerful enemy attacks and getting the drop on an opponent from behind.

The game is still in alpha, but if you're into purchasing early access games, I'd recommend checking out this hack-and-slash dungeon crawler that has a ton of promise. We'll definitely be following this one as it matures.

I also had the pleasure of playing an awesome little party game called Gravity Pong on the show floor. I know what you're thinking, and it does at first glance look like Pong, but rest assured it's not.

Players pick a color - which basically functions as a team - and square up against each other on two sides of a small 8-bit screen. From there the objective is simply to put the ball bouncing around into your opponent's goal. It's really the main mechanic of tethering that made this game so exciting. Players can charge up and strongly grapple and rip the ball across the screen at any time. This allows for some great offensive pressure or unbelievably hype saved goals.

Gravity Pong had the four of us playing constantly yelling and drawing a small crowd behind us to see who won. The PC-only game is free to download from their website and has support for Xbox One, PS4, and Switch controllers.

Stay tuned for additional coverage from GDEX 2017 from our team featuring games like MageQuit, No Mercy, The Pedestrian, and others...