I'll be the first to admit that I was all aboard the hype train for Star Wars Battlefront in 2015. Unfortunately it didn't quite live up to the expectations, as seen by drastic price reductions just a few months after launch. One of the biggest criticisms of the new entry in the Battlefront series was value (gameplay to price ratio). Shipping with only an online multiplayer experience resulted in a smaller than anticipated community, causing many to opt until much later to pick the game up at a lower cost.

With Star Wars Battlefront II, launching this November, EA is giving fans a single-player campaign that is said to bridge the gap between Episode VI and VII, as well as an improved multiplayer experience featuring starfighter battles.

This past weekend, EA opened up the Battefront II beta for players on the PC, PS4, and Xbox One. Available in the open beta were the multiplayer modes Galactic Assault and Starfighter Assault. First, let's talk about some of the aesthetics...

Jumping into the game, it definitely has a more complete feeling. I find this is true for most sequels, as the dev team finds where the menus and aesthetics were lacking and makes it a point to create a more immersive rendition for round two. The menus appear to be pretty easy to navigate, and reminds me a lot of what EA has been doing with franchises like Madden and FIFA. The general look and feel of everything is definitely more embedded in the Star Wars universe. Even the gameplay appears to have a sort of galactic filter applied overtop of the Frostbrite renders, which is cool, but also irks me a bit as I don't feel it looks as good as it could. Getting this for PC, it almost feels like cranking up all the settings to Ultra will still result in a bit of environment grain. 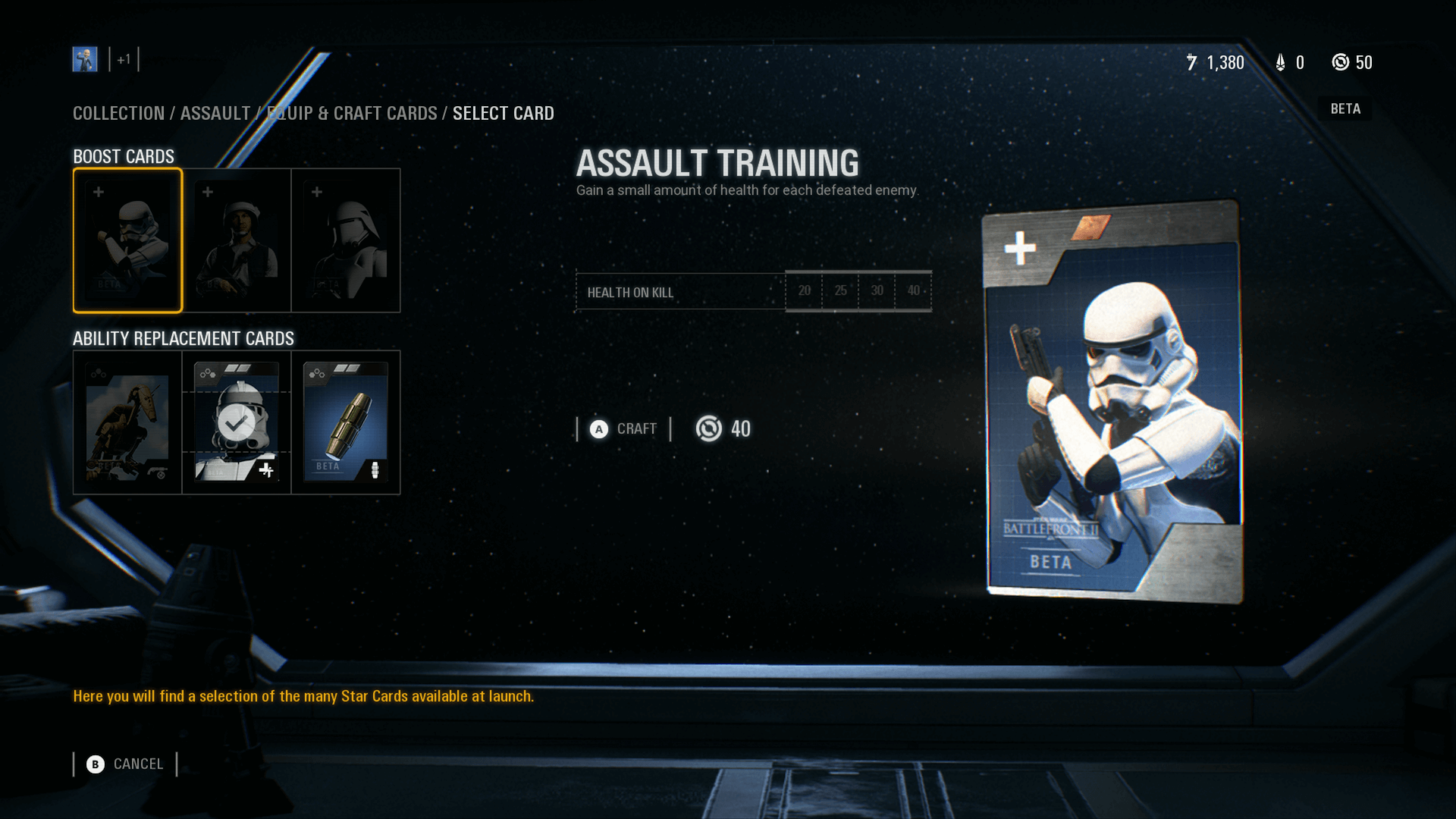 The new Battlefront in 2015 did have some solid gameplay, but suffered the same downsides (depending on who you talk to) as all First-Person Shooters published by EA. It felt a lot like an entry in the Battlefield series, just with Star Wars textures and skins. This means large maps, fairly slow gameplay, and a steep curve for those attempting to become anything more than a casual player. In the almost dozen hours I've spent playing Galactic Assault, which is the standard multiplayer game mode, every part of the gameplay feels more polished. Galactic Assault is what you would expect; deathmatch mixed with objectives. I give the DICE team props, though. They've done an excellent job incentivizing team gameplay and playing the objectives, as well as making it plenty satisfying if you prefer to go rogue and rack up killstreaks on your own. The number of customizations for the classes (yes, classes!) is fantastic, and the way to earn them plays out well. You also earn battle points in the middle of a match which you can spend to spawn as one of the Heroes, a vehicle, or an upgraded player model. It's very well balanced, and it felt like a good combination of aspects of Overwatch mixed with Battlefield/Call of Duty, but Star Wars, which is exactly what I want. 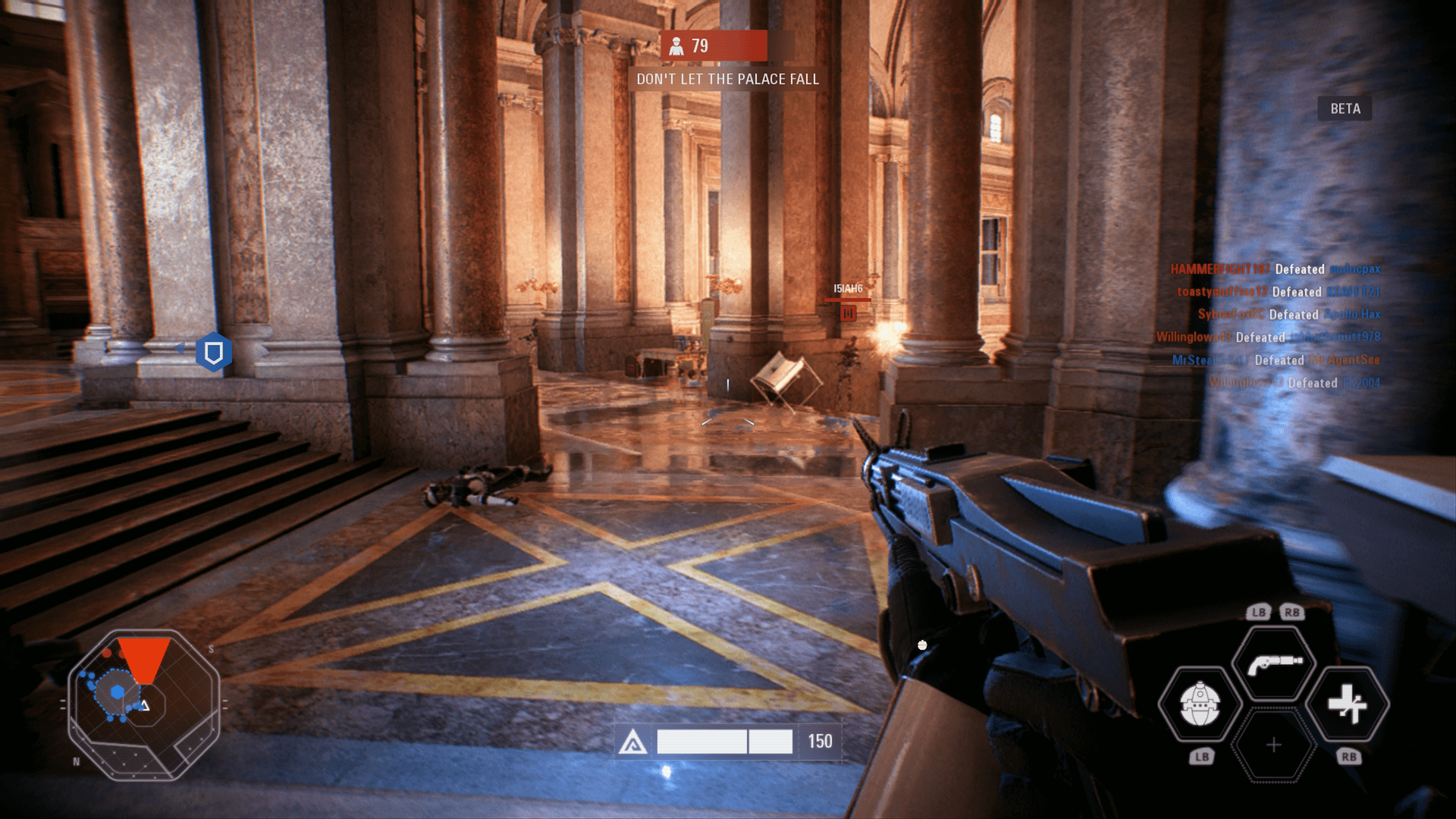 Maybe I'm a bit of a Star Wars fanboy, but some of my favorite games of all time are, in fact, Star Wars games. I probably rank Xbox's 2001 release of Star Wars: Obi Wan way higher than I should. It has been awhile since we've gotten truly satisyfying space combat from a Star Wars series. Rogue Squadron immediately comes to mind, and it's been over a decade since the last release of that series. Luckily, EA added the Starfighter Assault game mode to Battlefront II. Hopping into an X-Wing and helping to take down Star Destroyers is a perfect blend of mission and dogfight.

I've struggled with past flight sims due to nearly impossible aiming tactics and drawn out flight controls. Working inside of the tech of Star Wars, the controls are fluid and the learning curve only lasts a few minutes before you're totally engrossed in chasing down Tie Fighter's and targeting reactors. Put together a decent killstreak, and you can spend your battle points on piloting the Millenium Falcon for your next spawn, and it's a legitimate dream come true. I was honestly very skeptical of Starfighter Assault, but was hooked in no time at all. 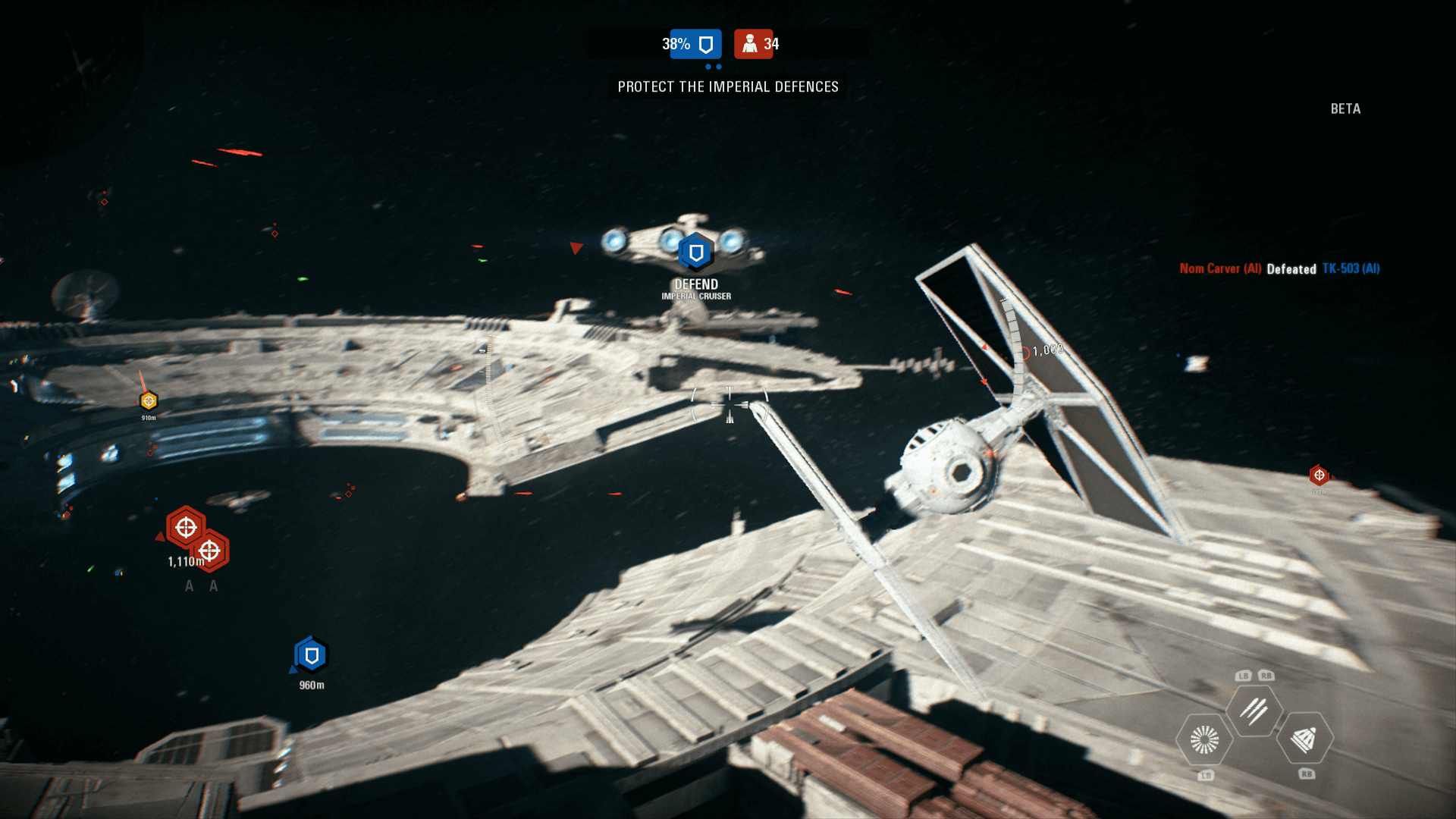 For a beta that is one month out from release, it felt fairly complete. During Starfighter Assault, I was a bit annoyed by some potential clipping issues where I would die in a crash even though I felt I was still far enough away from objects to avoid a collison. Other than clumsily navigating some of the menus looking for the customization options, every part of the Star Wars Battlefront II Beta felt like the game I was hoping for with the "original" in 2015. It is going to be a long month waiting for the full game on November 17th.

UPDATE: Apparently there is a filter in the menu to add a film grain to the graphic output. I've heard from others that with this turned off, the game looks gorgeous.

What do you guys think? Did you play the beta? What were your impressions? Let us know in the comments below!