Apple event day is really like Christmas around CLE Tech. The team was overly excited today as we were anticipating new MacBook Pro's from Apple at their event in Cupertino. My current (Late-2014) MacBook Pro is my daily driver, and I'm finally starting to push it to it's limits. This event could not have come at a better time.

Not only did every aspect of the MacBook Pro get an upgrade, all the way from the keyboard to the internal specifications, Apple added a new feature: the Touch Bar.

Replacing the function row, the Touch Bar is just what it sounds like; a touchscreen bar above the keyboard. In typical OS apps like Finder, you'll see the Esc key as well as a couple other options. In other apps designed for Touch Bar, like Final Cut Pro, Photos, or Mail, you'll see contextual options based on what's on screen. In Final Cut you'll see the timeline and you can scrub through it just by swiping. In iMessage or Mail, you'll see text suggestions and emojis for selection.

There have been some mixed reactions to the Touch Bar, but I welcome it. It's a creative new way to interact with our apps. Most of what I used the function keys for in older versions of macOS have been replaced with trackpad gestures, so I don't see myself missing them too much. I will gladly trade my brightness buttons for the ability to use Photoshop shortcuts without remembering key commands or adding a palette to my window. 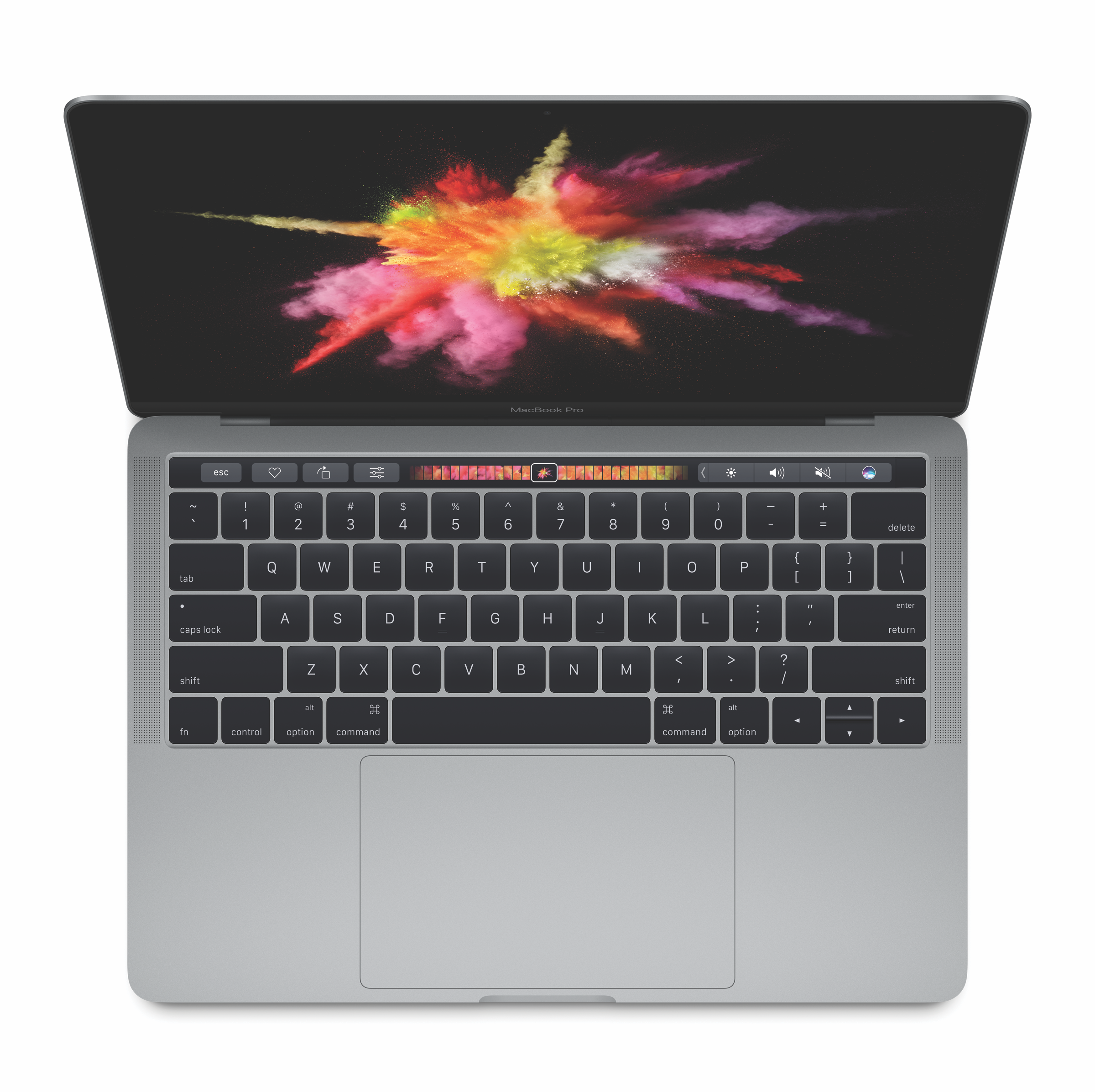 The overall design of the MacBook Pro is the same as older models, but with any Apple product, it's usually the little details that make all the difference. The keyboard has been re-designed using new butterfly switches, more similar to last year's MacBook than previous MacBook Pro's. It is about a pound lighter and the body is nearly 20% thinner, making it thinner than the largest point of the MacBook Air. Oh, and it also now ships in Space Gray.

The speakers have been redesigned, adding two speaker grills on either side of the keyboard for enhanced audio. The biggest part of the redesign, though, is the ports. Gone are the MagSafe, HDMI, SD Card, and USB ports. In comes 4 Thunderbolt 3 ports (basically USB-C) and a headphone jack (surprised it's still there, honestly). While this may give you flashbacks of the MacBook and the need for a USB adapter for everything you own, the saving grace here is that all 4 ports supply power. So this means that, if you wanted, you could charge 4 devices at a time. Or, the better scenario, you're sitting at the airport and the only outlet is to your right, you can simply plug your charging cable in on the right instead of wrapping the cable around to the left like you have to do now. I'm still a little bummed that the MagSafe adapter is gone, because I truly saw that as a feature, but I can always pick up this BreakSafe adapter from Griffin.

Apple mentioned it during the keynote, but this month marks the 25th anniversary of Apple's first laptop. I am absolutely pumped for the new MacBook Pro's, especially since mine is my daily driver. I plan on using it for writing, development, video editing, and a little gaming. I have no doubts that performance wise, the new MacBook Pro can handle anything I throw at it. I am genuinely excited to use the Touch Bar and maybe even incorporate it into some of the apps I write.

Be sure to check back in a couple weeks for the full review!

What do you guys think of the new MacBook Pro's? Will you be getting one? Are you bummed that the function keys are gone? Sound off in the comments below!